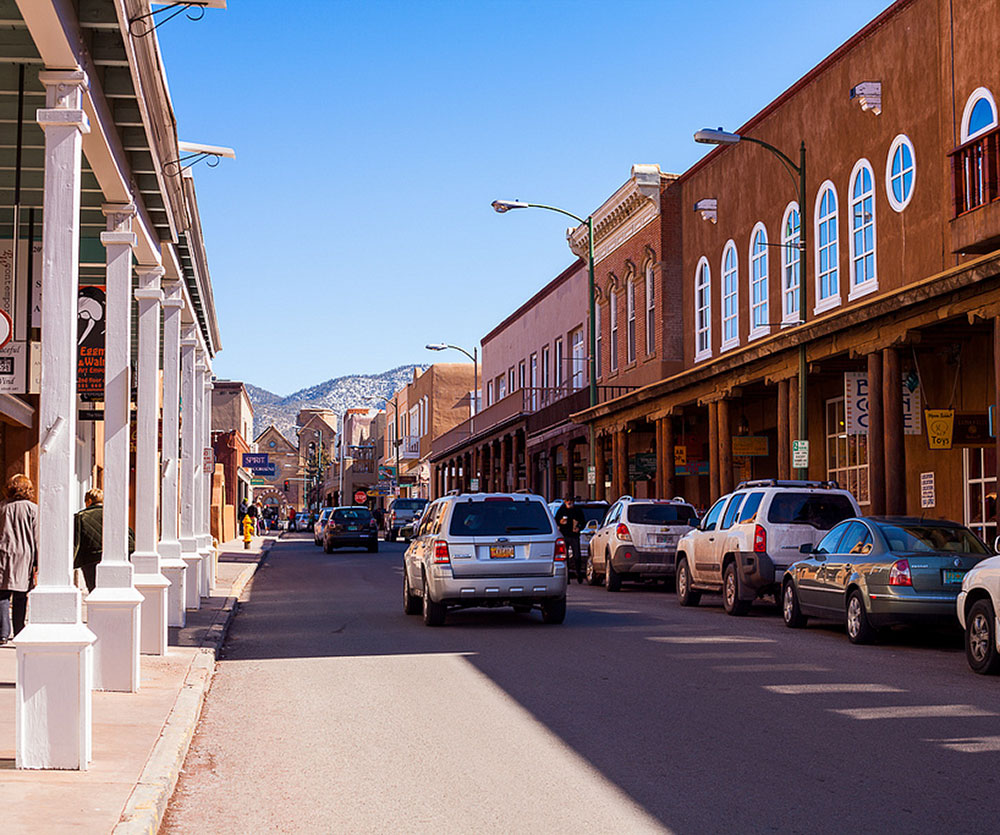 Santa Fe, which means holy faith, was founded in 1610. The San Miguel Church is the oldest church structure in the country, with its adobe walls dating to 1610.
The city originated on the site of old Pueblo villages at the foot of the Sangre de Cristo Mountains. The city has the highest elevation in the nation, at nearly 7,000 feet above sea level.

Santa Fe is the oldest capital city and the second-oldest surviving city founded by European colonists on land that later became part of the United States. The city has been the capital of:

The original Santa Fe would soon become the seat of power for the Spanish Empire north of the Rio Grande.

During the 1800s, Santa Fe became a major terminal for the Santa Fe Trail that spanned from Independence, Missouri, to Santa Fe. As the ending point of the main trail, it became a large trading area for supplies needed while traveling. Recognized as a time-honored route of travel through the United States and Mexico, the El Camino Real de Tierra Adentro National Historic Trail was the primary route between the colonial Spanish capital of Mexico City and some Spanish provincial capitals. The city quickly became a major trade center not only for travelers to Santa Fe, but also to all of northern New Mexico. During the Civil War, federal troops, aided by the New Mexico Volunteers, prevented the invasion of Confederate troops at Apache Pass, near present-day Glorieta.

As the city and state flourished with people coming to settle the west, the region quickly became large enough in population to formally become a state in 1912. In fact, it had been colonized 25 years before the colonials set foot at Plymouth Rock. As the 47th state, the main city of Santa Fe became the state capital.

Because of its spectacular views and monuments, Santa Fe tested the opportunity to attract revenue from tourism. The city quickly became a major visitor area of the Southwest. The city itself also was a major attraction, owing to its numerous adobe houses and narrow winding streets not found elsewhere in the country.

The Museum of New Mexico is just one of numerous noteworthy repositories in Santa Fe. Dispersed throughout the city are the Museum of Fine Arts, the Laboratory of Anthropology, Museum of Indian Arts and Culture, the Museum of International Folk Art, and the Palace of the Governors. The latter, originally constructed in the 1600s, is the oldest continuously occupied building in the United States.

Santa Fe is acknowledged as one of the nation’s most engaging cities, owing considerably to the city’s preservation of historic buildings. In addition, a 1958 zoning law stipulates that the city’s distinctive Spanish-Pueblo architectural style be preserved in new construction. Also preserved are the city’s rich cultural traditions that help make Santa Fe one of the country’s most intriguing places to visit.